Topic of the month January 2012

While India is not yet an “economic superpower” – as the former director of the International Monetary Fund, Dominique Strauss-Kahn, commented during his visit in New Delhi at the end of 2010 – achieving this status is only a matter of time thanks to the enormous population potential and the constantly large economic growth over the last years, experts opine. The U.S. investment bank Goldman Sachs estimates that India will advance to the position of third-largest economy in the world behind China and the USA as early as 2030. In the long term, many believe that the fight for the leading position in the world economy will end up being a neck-and-neck race between China and India – the “race of the century”, according to the August 2010 issue of the Economist. 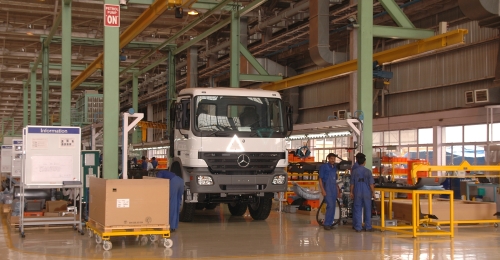 India is the world’s third-largest market for trucks. Photo: Daimler


India’s rise in the world economy is being reflected increasingly also in the activities of western companies. Next to China and other emerging markets, India is gaining in importance as a cost-efficient production location and also as an attractive sales market. Due to long-term demographic trends, India has the largest potential in the world. Currently it has a lower population than China, but the majority of the world’s population under 25 lives in India, which is why the country’s number of workers will be the highest in the world in 20 to 30 years. In connection with the innovation and cost benefits, the market size is the reason why companies cannot afford to ignore India, says Ian Gomes, Analyst with the management consultant firm KPMG.

India as a market is gaining in importance for companies in the wire, cable and tube industry, as well. Products of the wire and cable industry are needed by practically all branches of industry. Major customers include the automotive industry and its suppliers, mechanical engineering, the energy sector as well as the information and communication technology sectors and the construction industry. Steel tubes are being used mainly in the oil and gas sector. Major customers also include machinery and plant construction, the automobile industry as well as the chemical and petrochemical industries, respectively. 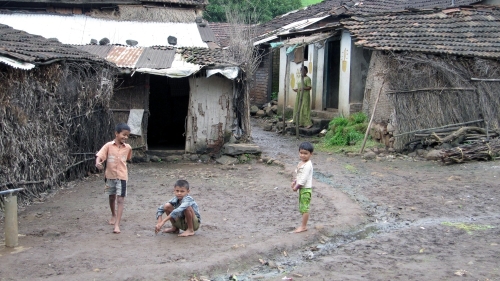 
The Indian automotive industry has been reporting two-digit growth rates for years. The Society of Indian Automobile Manufacturers (SIAM) reported a 30-percent growth in the fiscal 2010/2011 as compared to the previous year – this is a record number. In the slipstream of the automotive industry, its supplier industry is also achieving record profits, i.e. a plus of 25 percent in/2010 2011, according to the Automotive Component Manufacturers Association of India (ACMA). Nearly all major international automobile manufacturers are fighting for market shares on the Indian automotive market, even though the boom has cooled off a little recently due to increasing vehicle and gas prices and experts are expecting a comparatively moderate growth of 12 to 15 percent for the current fiscal.

Other sectors are also offering significant opportunities for western companies. The Indian government has stated that it plans to invest approximately US $ 1 billion into the country’s crumbling infrastructure, which, according to experts, reduces the economic growth by 1 to 2 percent each year. Top priority in this regard is energy production. The majority of the funding is supposed to flow into the construction of new coal and gas power plants. Another top agenda item is the overdue expansion of the power grid. Another focus area of the budget concerns the development and production of oil and gas, as well as the production of petrochemical products.

According to the Indian government, about one half of the planned investments is supposed to be generated from the private sector and from foreign investors, among others. However, much is to be done when it comes to business climate in India. In the current ranking of the World Bank (“Doing Business 2012”), India is lagging far behind China and just behind Russia and Brazil on rank 132 amongst 183 countries. Although it is relatively easy for investors to generate loans, they are having difficulties when it comes to acquiring building permits and enforcing contracts. According to a survey of the German-Indian Chamber of Industry and Commerce of May 2011, the biggest investment hurdles are deficient infrastructure, followed by corruption and excessive red tape.