Industry 4.0 and worldwide steel crisis most discussed topics among exhibitors

“The fact that as many exhibitors as ever nailed ‘their colours to the mast’ in Düsseldorf proves that the wire, cable and tube industries loyally stand by their leading trade fairs wire and Tube in Düsseldorf even in tough economic times”, delights Joachim Schäfer, Managing Director at Messe Dusseldorf GmbH.

Hustle and bustle in the trade fair halls and many closed business deals were the upshot of five high-energy trade fair days in Düsseldorf. More than 2,600 companies informed themselves about the latest machinery, equipment and products from the wire, cable and tube processing industries. A total net exhibition area of 110.900 square metres was occupied across 16 exhibition halls – a new record value posted in Düsseldorf's long success story of wire and Tube.

Global economic upheaval, a worldwide steel crisis, new climate regulations spanning the globe, and a classic industry on its journey into the new Industry 4.0 digital age – that’s the business climate in which the world’s industry-leading trade fairs wire and Tube took place for the 15th time in Düsseldorf from 4 to 8 April 2016!

“Major deals are made in Düsseldorf; wire and Tube serve as the global communication and business platform for industry heavyweights, SMEs and international associations alike”, says an excited Friedrich-Georg Kehrer, Global Portfolio Director for Metals and Flow Technologies.

A combined total of about 69,500 trade visitors from more than 130 countries attended the two events. 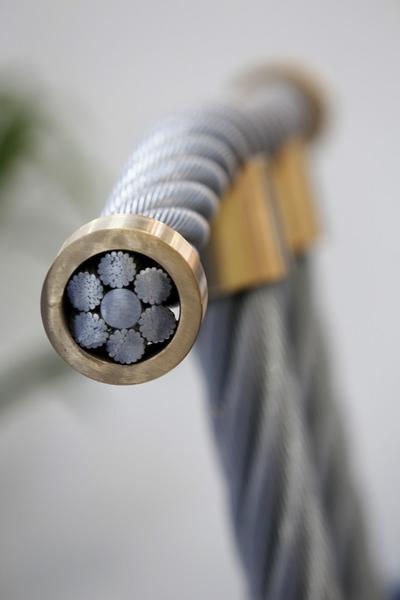 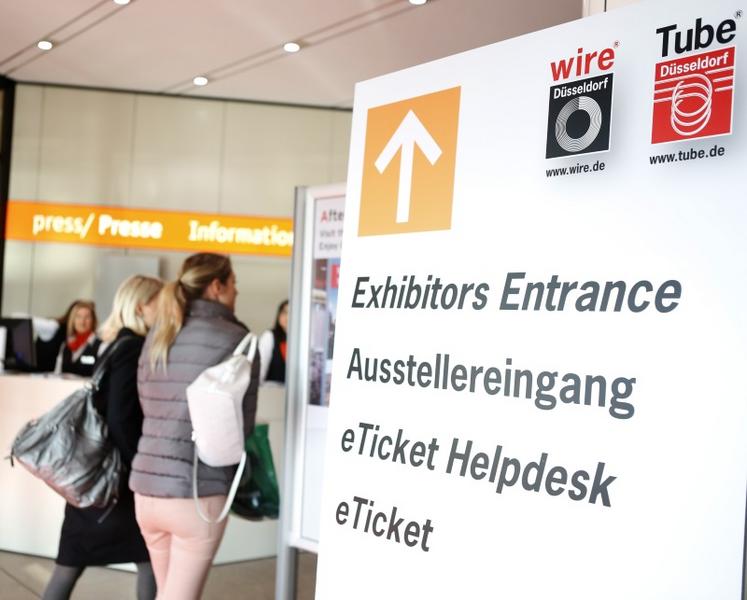 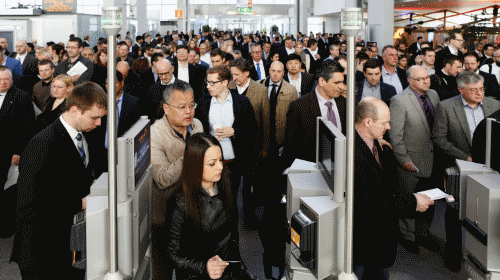 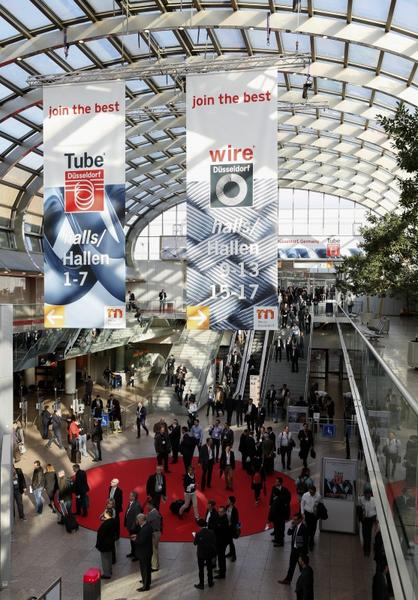 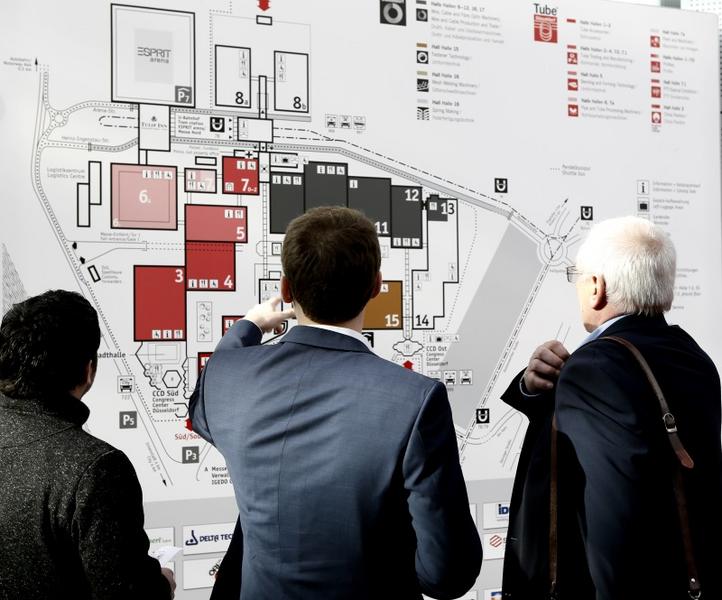 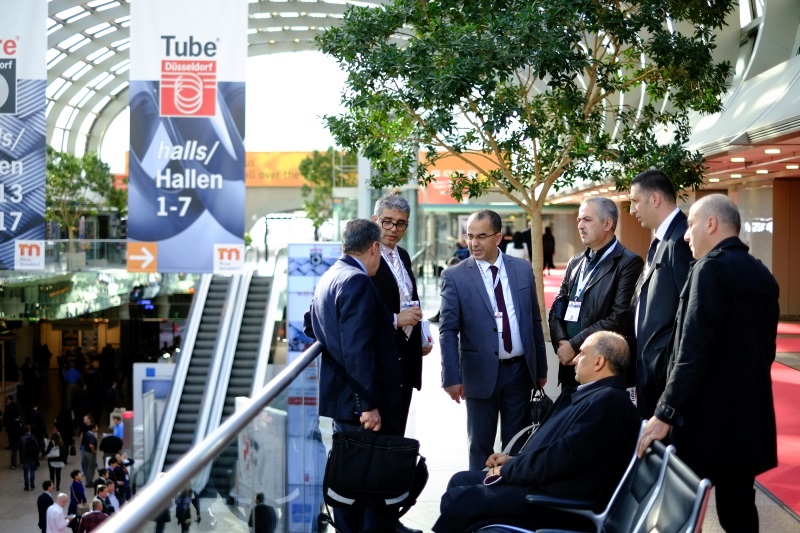 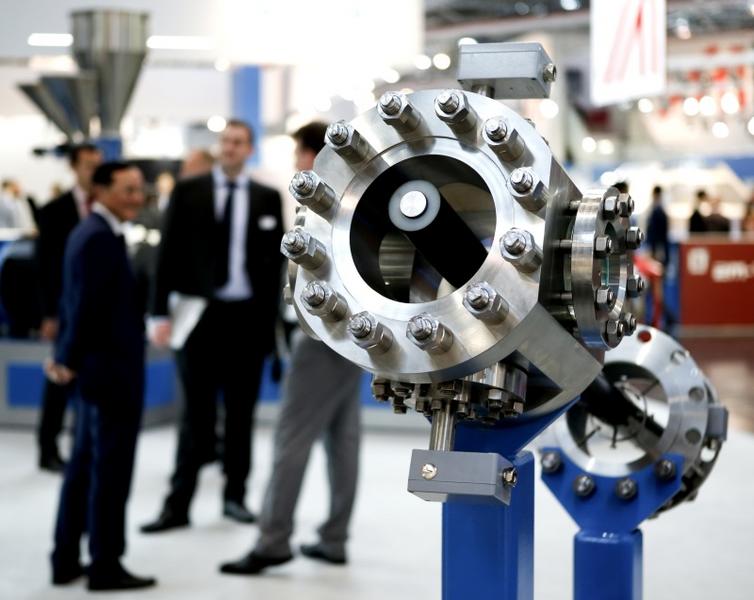 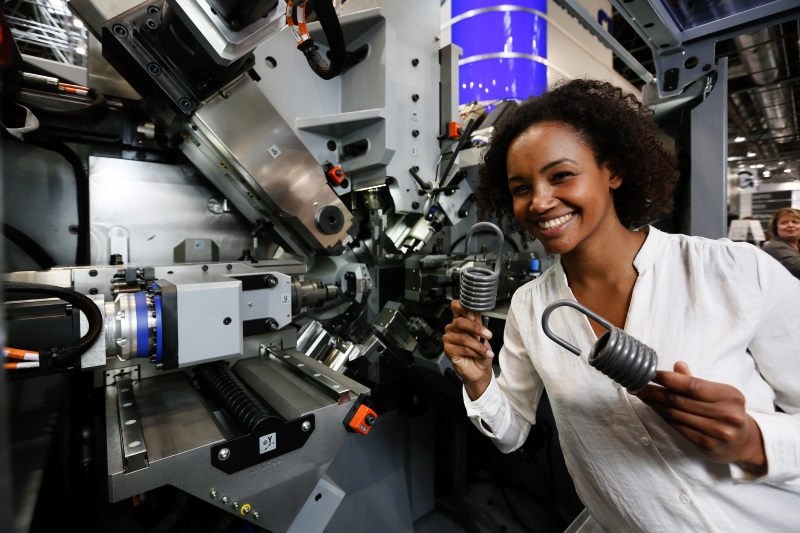 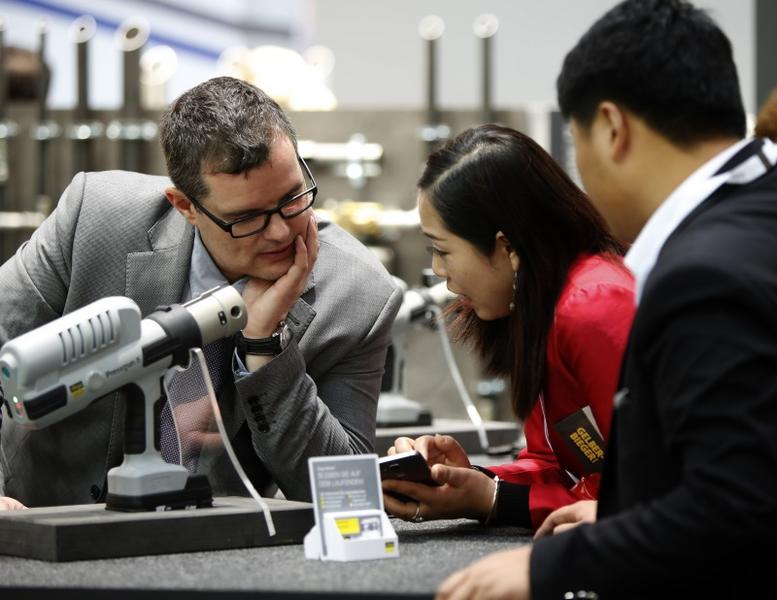 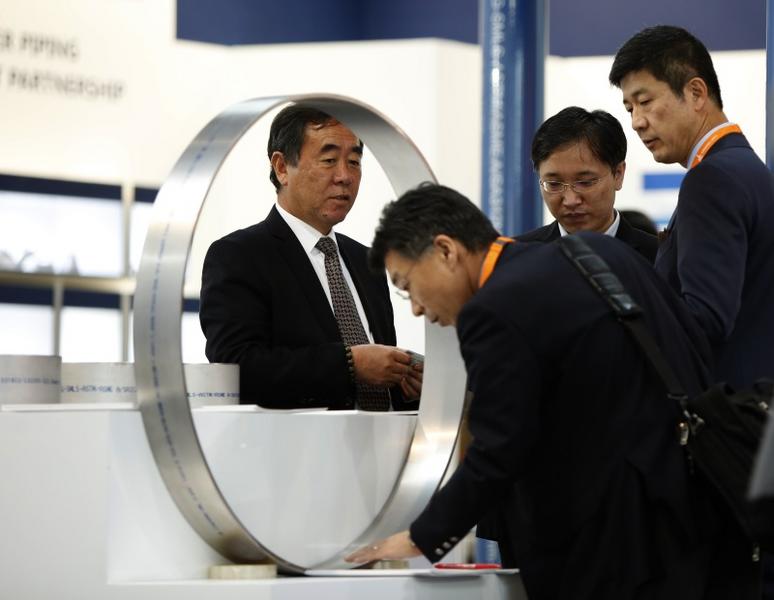 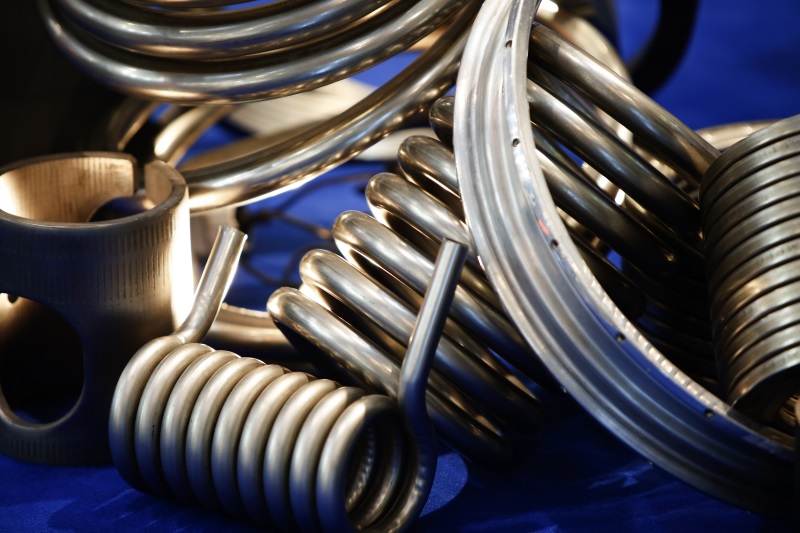 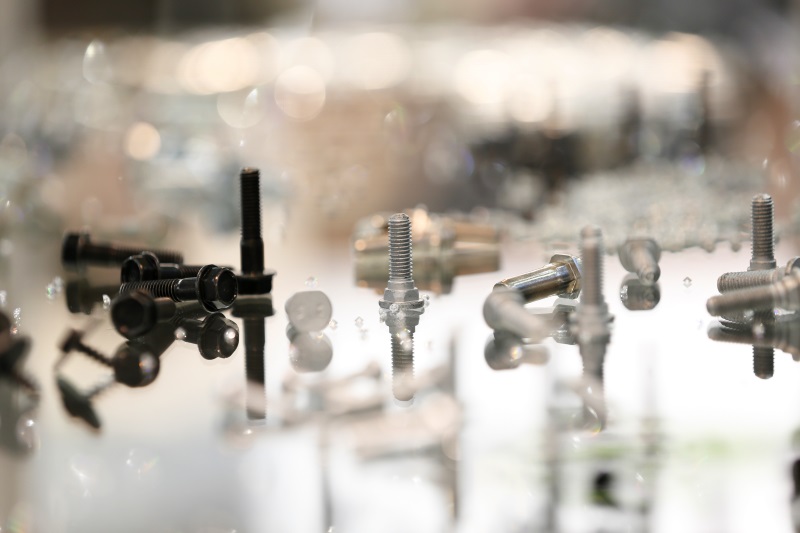 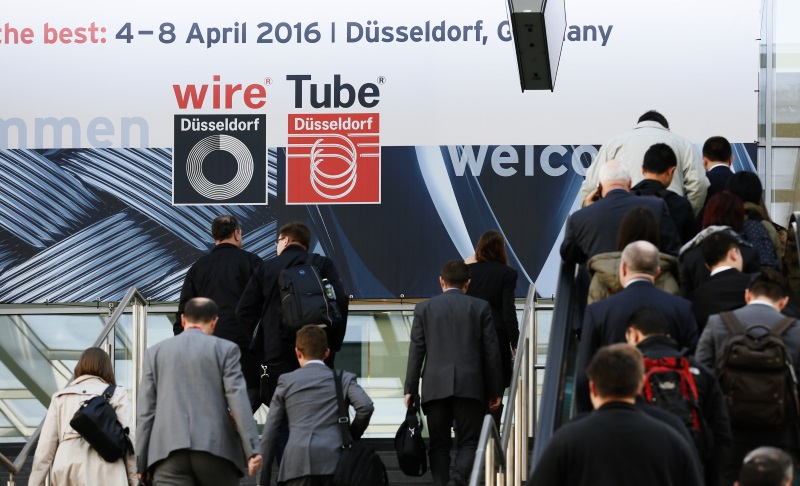 wire Düsseldorf can look back on a 30-year success story. It premiered in 1986 with 488 exhibitors from 23 countries. Even 30 years ago, when approximately 21,000 trade visitors attended the first wire in Düsseldorf, some 45% of trade fair guests already hailed from abroad.

High internationality and professional competence once again distinguished the visitors at the exhibition stands in 2016. Exhibitors were exceedingly pleased with the customer contacts and deals they made. “Lots of traffic again at our stand at wire, which once again underscored the event’s aspiration as the world’s leading trade fair”, says a thrilled Dr. Christoph Müller-Mederer, Sales and Marketing Director of WAFIOS AG Reutlingen, after five days at the trade fair.

“A very international, highly competent audience from Europe and North America. Particularly pleasing was the high number of concrete projects”, the experts adds. “The great response to the introduction of smartfactory 4.0 products, services and ideas is WAFIOS’ answer to the Industry 4.0 challenge”, says a satisfied Müller-Mederer.

With 1,337 exhibitors from 53 countries on a net exhibition area of 59.700 square metres, wire showcased wire manufacturing and finishing machinery, process engineering tools and auxiliary materials as well as materials, special wires and cables. Presented as well were innovations from measurement, control and test engineering as well as other specialised areas.

wire - the International Trade Fair for Wire and Cable featured the segments Wire, Cable and Fibre Optic Machinery, and Wire and Cable Products and Trade in Halls 9 to 13, 16 and 17. Innovations in Forming Technology were on display in Hall 15. Hall 16 was home to Mesh Welding Machinery and Spring Making Technology.

The members of netzwerkdraht, an association of small and medium-sized wire companies from South Westphalia, looks back on another successful trade fair participation, as well: “We’d like to congratulate Messe Düsseldorf GmbH on the occasion of the 30th anniversary of wire Düsseldorf and wish them all the best for another 30 successful years”, says Stefan Szkudlapski, Spokesman and Networking Manager of netzwerkdraht. “It was another well-executed event, and the expectations of our members were fully met”, he says. The South Westphalian wire experts are planning another group stand for wire 2018 in Düsseldorf.

Once again, a vast majority of trade visitors gave excellent reviews of the two leading events wire and Tube. Approximately 69,500 trade visitors from 130 countries came to Düsseldorf over the course of five trade fair days, the majority of them from Germany, Italy, Turkey, France, Poland, and the Netherlands. The share of international trade fair guests was very high at 65%, with about a third travelling from overseas.

For what will be the 16th time already, the leading trade fairs wire and Tube will take place again concurrently in Düsseldorf from 16 to 20 April 2018.

For the latest information on both trade fairs, please visit their web portals at www.wire.de and www.Tube.de.