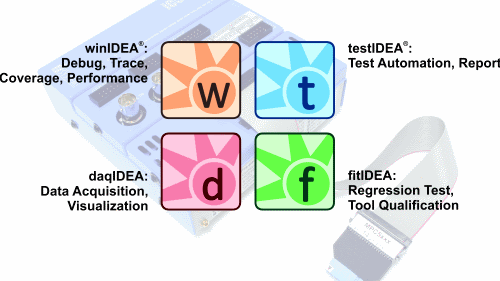 iSYSTEM's Software and Blue Box Technology stand for fast and easy single and multi-core processor hardware access via any kind of debug interface. No matter whether one is developing, debugging or testing embedded software on a real hardware, iSYSTEM's solutions work for you.

A major goal of the iC5500 development was the support of future processor hardware with the highest possible bandwidth for developing, analyzing and testing embedded software.

"iSYSTEM's highest-end platform, iC6000 with USB3, is a very specific tool platform to support multi-core processor hardware providing an AURORA debug and trace interface. Currently processors from Infineon and Freescale host such an interface. But what about other single and multi-core processors offering NEXUS, ETM, DAP2 or similar debug and trace interfaces? Bandwidth is an issue too mainly because of the following: Existing and future controllers do run at a higher trace port rate (>150MHz), single and multi-core applications request the measurement of more and more data via such interfaces in order to analyze the real-time behavior, and to get an in-depth view in OS handling and task switching as well as to optimize the overall software architecture", says Erol Simsek, CEO of iSYSTEM.

iSYSTEM iC5500 covers these requirements. In combination with a new generation of IO modules, this platform offers debugging, very long trace recordings as well as test and measurement capabilities.