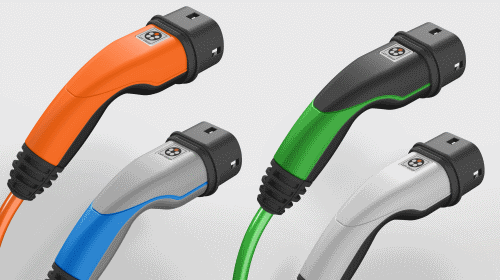 Lapp has developed new charging systems that are lighter, sleeker and easier to handle, offering a wider range of options for adaptation in line with corporate design. © U.I. Lapp GmbH

Lapp Systems GmbH attended eCarTec in Munich, presenting its charging systems in order to demonstrate just how easy and convenient it can be to charge an electric vehicle. At the Lapp stand, visitors can try out the new handy charging plug featuring a triple-shell design and the practical fast-charging cable Lapp HELIX, in addition to casting an eye over the successful design of the charging systems that are developed and manufactured by Lapp for BMW.

Lapp is also exhibiting innovative forms of technology that make the charging process both easier and more safe, such as a charging plug featuring an integrated RFID chip that automatically registers the vehicle on the charging station. The production of customised charging solutions for electric and hybrid vehicles is one of the specialities of Lapp Systems, which is a company of the Lapp Group and the leading provider of integrated solutions and brand products in cable and connection technology. These are technologically adapted to the vehicle in question and are also harmonised with the overall concept of the vehicle in terms of their design and appearance.

Having been launched on the market this year, new Lapp charging systems are used in designs such as the BMW i (BMW i3 and BMW i8) and the BMW iPerformance models (2 Series Active Tourer, 3 Series, X5 and 7 Series). These differ from the previous variants by virtue of their somewhat thicker cables, which now feature a three-phase design, with their charging capacity of 22 kW (instead of the previous level of 7.4 kW) ensuring that more electrical energy can flow into the batteries in a shorter space of time.

The connectors are also lighter, sleeker and easier to handle thanks to a well-defined recess that accommodates the user's index finger. The connectors are no longer extruded, but are instead assembled from three shells and secured using six screws – yet they remain perfectly sealed. The three shells enable a wider range of design variations and contrasting colours, with dark grey and blue being used for BMW. Even in the case of versions produced for other manufacturers, the designers are able to give free reign to their ideas and apply the corporate design of their company to all connector variants.

An important detail for the branding of a charging system is the logo that is placed on the upper shell of the connector. However, more interesting from a technical perspective is what lies beneath the logo in the case of Copenhagen-based car sharing provider Drive Now: an RFID chip, which stores the customer data and which registers at the charging point via radio. As the RFID chip is uniquely assigned to the vehicle in question, the operators always know which vehicle is being charged where, and how much power is being used in the process.

The driver can also immediately see which of the two connectors they have to plug into the vehicle and which into the charging point. Peyman Negahban Kardjan, Systems Engineer at Lapp Systems GmbH: "For our customers, it is important that the charging process is safe and is suited for everyday use. This helps boost the acceptance of electric mobility."

The language of design introduced by BMW in the i3 and the i8 – grey, from silver-grey to black, with light blue accents – is continued in the BMW i Wallbox charging stations, which are black with a silver-grey frame. The accent of light blue is again provided by the cable from Lapp Systems. A Wallbox can be installed in a home garage or at a company car park in order to provide a ready supply of electrical energy.

Save time with the worm gear

Visitors could try out the practical HELIX fast-charging cable, which was introduced by Lapp back in 2012 as a fully-assembled charging system for the BMW i3 and has undergone constant further development ever since. The cable, which is extracted from a disc-shaped worm gear when required for charging, recoils back into a spiral shape once the charging process is complete – thereby tidying itself up, so to speak. With the same extension length, it is 40 per cent lighter than a conventional coiled cable similar to that featured in an old telephone receiver.