From London via Basel to Düsseldorf

The story of how wire, the International wire and cable fair, developed 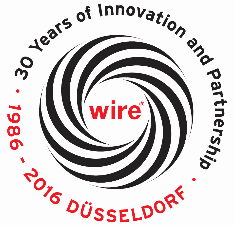 Premiere in Düsseldorf: in 1986, the first wire Düsseldorf was held in the exhibition halls on the Rhine! But before it could develop here into a leading international trade fair for the sector, it had already been on an exciting journey through several European countries ….

Since 1988, wire, International Wire and Cable Fair, and Tube, International Tube Fair, have been held together at the Düsseldorf Exhibition Centre. Since then both events have consistently developed and are further extending their positions as leading international world fairs in their sectors.

wire: a success story in figures

As early as 1967 and 1970, the first “wire style exhibitions” with rented space of 2,400 square metres were held in London. One thing quickly became clear: this was the meeting place for the growing British wire and cable industry!

Due to the central geographical location within Europe, the then British organizers decided to hold wire from 1972 onwards in a two-year rotation in Basel, Switzerland. Here, by 1984, it had grown into a flourishing international trade fair and it was then that the Basel Exhibition Centre had become too small.

Another move was on the cards, this time to Messe Düsseldorf, which has been successfully holding wire since 1986 as the International Wire and Cable Fair. Located in the heart of Europe, with ideal logistical connections to neighbouring Europe and overseas, the Düsseldorf exhibition centre has proved itself as the home of wire to this day. 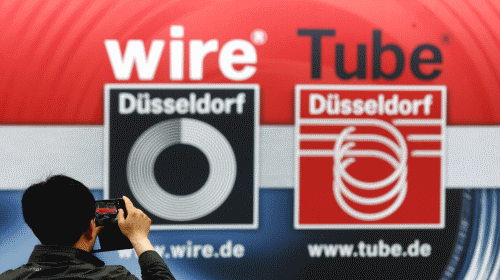 Since 1988, the development curve of both fairs has been rising sharply: wire began its Düsseldorf success story in 1986 with 488 exhibitors on net exhibition space of almost 27,000 square metres. At that time 21,000 trade visitors came to Düsseldorf to obtain information about the latest machinery and plant from the wire and cable industry sectors.

Held in two-year rotation, the number of participating companies continually developed up to 2002. In 2002, it was already 1,096 exhibitors on 51,000 square metres. In 2004 there was a slight decline in exhibitors and square metres, before in 2008, despite the onset of the economic troubles, the event achieved an absolute top result.

At that time 53,600 square metres of exhibition space were occupied and 1,130 exhibitors presented their innovations at wire 2008. In 2010, the good result of 2008 levelled off, however coupled with the increase in exhibitors, there was a slight decline in rented exhibition space.

Today, in globally tense political and economic circumstances, wire is delivering a result which defies the general uncertainty on the world market: on over 59,000 square metres of exhibition area, it is showing wire-making and processing machines, tools and auxiliary aids for process technology along with materials, special wires and cables.

In addition, innovations from the measuring, control and regulation technology sectors along with testing equipment and special areas are being presented. 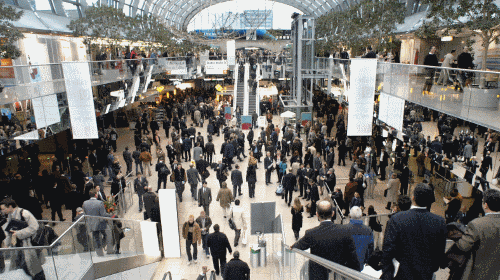 wire is occupying Halls 9 to 13, 16 and 17 with the sectors wire, cable and glass fibre machines, wire and cable products and retail. Innovations in forming technology are being shown in Hall 15.

Hall 16 is opening its doors for the sectors mesh welding machines and spring manufacturing technology. Today, already two months before the start of the world’s largest and most important trade fair for wire and cable, 1,280 companies from 51 countries have registered.

Traditionally strongly represented are exhibitors from Italy, Belgium, France, Spain, Austria, the Netherlands, Switzerland, Turkey, Great Britain, Sweden and Germany. There are many registrations from overseas including the USA, South Korea, Taiwan, India, Japan and China.